What is the Economy of Things? 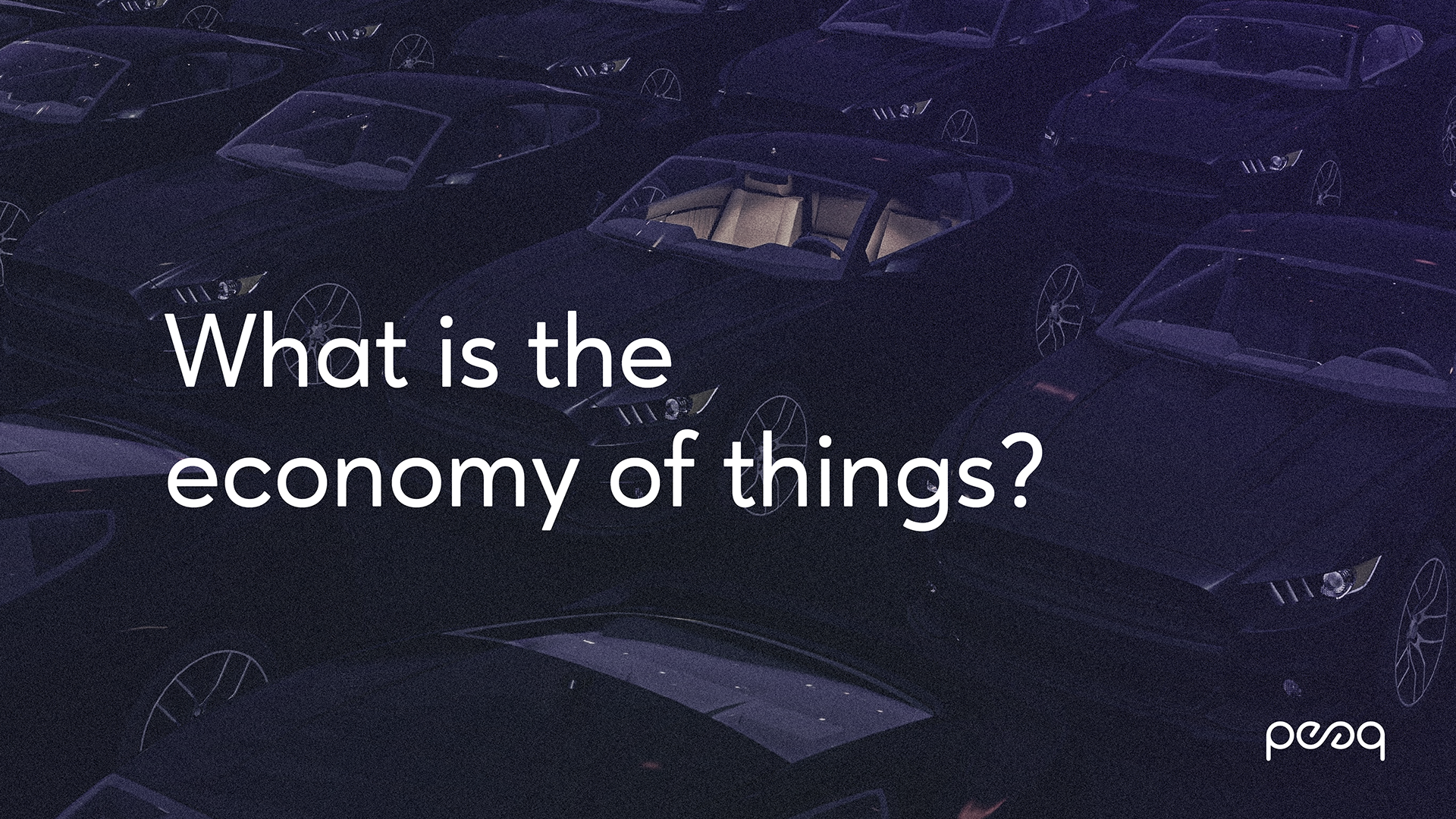 To get down to the bottom of what the Economy of Things is, let’s start with something as commonplace and mundane as refilling your car amid a trip.

A few decades ago, you would look for a gas station and fill up there. Today, you may head for an electric vehicle charging station, knowing full well whether it has open charging spots thanks to the sensors monitoring that for your convenience. Granted, it may or may not be collecting all sorts of data on you, but at least the comfort is there.

In the Economy of Things, your connected car takes this to the next level and pays for the charging itself, from its own wallet. It communicates with the station and conducts the transaction without any intermediaries, making sure to respect your privacy, and may even work deliveries or rides whenever you are not using it to bring you extra returns. Sounds fun? Great, because we’re only getting started.

The Internet of Things

Our things are more than things these days – most of the objects we’ve come to view as simplistic tools, like the aforementioned vehicle, now get outfitted with chips, sensors, and all sorts of other components that enable them to connect to the Internet and exchange data. Taken together, they make up the Internet of Things, defined in the following manner by the Oxford Dictionary:

“The interconnection via the internet of computing devices embedded in everyday objects, enabling them to send and receive data.”

The number of things in the world is forecast to almost triple from roughly 9 billion in 2020 to over 25 billion by 2030. In 2019 the IoT market stood at $250 billion, by 2027 it is predicted to hit over $1,400 billion. The IoT is here, and it’s here to stay. It is valuable because it saves us time and energy. It automates processes in life and business and allows for certain tasks to be done faster and better than we ever could.

The second main ingredient of the Economy of Things is blockchain technology. Blockchain is a new way of storing and exchanging information. When information is the lifeblood of the world, even a tiny shift is significant. And this is no tiny shift. ‍

Ledgers are the systems by which people establish who owns what and who owes what to whom. Distributed Ledger Technology distributes the ledger among all those using it, putting the responsibility to maintain and validate it in the hands of all stakeholders instead of third parties like banks and institutions. The result is a decentralized data registry system where transactions are instant, transparent and incorruptible.

Why is this significant? This new way of storing, sending and receiving value is permeating every nook and cranny of the digital world. With regards to the IoT and EoT, the connotations are so huge because DLT makes three extremely interesting applications possible: Decentralized Platforms & Marketplaces, Self-Sovereign Identity, and Cryptocurrency.

Blockchain makes it possible for people and organizations to come together to create, maintain and govern decentralized platforms and marketplaces. Think of Facebook, built and run by the company now known as Meta. A decentralized Facebook platform would be built, owned, maintained and profited from by everyone with a stake in it or an interest in it running smoothly. These marketplaces make for neutral digital environments, and their importance becomes clear as soon as you look at cases like the spat between Epic Games and Apple over the latter’s app store policies.

Today’s charging station infrastructure is highly fractured between multiple service providers and replete with interoperability issues. That said, in a network where all stations rely on the same vendor-neutral and secure digital infrastructure, these problems would be non-existent.

Self-Sovereign Identity (SSI) is a fancy way of saying a digital identity which you own and control. You might have a Facebook profile, but you don’t own it and you only control it as much as Facebook thinks you can and should. SSIs make it possible for people and for things to own and control our own digital identities and data. Think of it as a secure digital wallet holding cryptographic proofs of things like your age, citizenship and more issued and validated by trusted bodies.

In the Economy of Things, machines, sensors and vehicles will have their own SSIs granting them sole ownership of their identities and full control over how their data is shared and used. It is an all important layer of security and flexibility, allowing them to reveal only the necessary data for any particular interaction or transaction, without having to rely on third parties.

Going back to the charging example, the SSI would enable the vehicle to check in with the station using its own digital passport and verifying the counter-party – the charger – through its respective SSI. This makes for a smooth, privacy-oriented and secure process that includes no centralized databases, which also means there will be no massive data leaks.

With decentralized platforms providing a solid backbone for provision of services and SSIs as secure digital identities for things to be able to use these platforms and services, the missing link is a means of transaction — a currency — and that’s what DLT is best known for.

Cryptocurrencies (also known as tokens) come in many shapes and sizes and serve different purposes. A token for the Economy of Things has certain constraints which dictate if it’s a good option or not.

So when we are charging the car, the whole process from authentication to payment is instant, secure and fully automated. There are no pending settlements, and since the transaction was peer-to-peer, it did not pass through any financial institutions charging a fee to verify the transaction — meaning we also get to keep some extra pocket change.

The Economy of Things

If the Internet of Things refers to things becoming contextually aware and connected, then the Economy of Things refers to those devices now being able to autonomously monetise and trade the value they create, moving beyond the status of a tool to that of an economic agent. It is a system of peer-to-peer economic relationships between machines and humans exercising their respective agency through a permissionless, decentralized and borderless digital infrastructure.

In the EoT, the value created by the IoT can be traded, instantly, and safely, in secure, open ecosystems and markets. Through this process, even more value can be created as all connected things can now autonomously communicate, find and purchase what they need in new digital marketplaces.

In the Internet of Things devices, machines and vehicles connect and exchange data. When operating on a shared digital infrastructure enabling them to monetize and trade all kinds of value autonomously, securely and without intermediaries, they transcend to the next stage, the Economy of Things.

Furthermore, blockchain will enable verifiable and secure shared ownership over fleets of connected machines working 24/7 to create real-world value and services. As robots and other devices are taking on more and more roles in the economy, shared ownership is the key to making sure that all humans still have a piece of the pie.

In the future, we will be passengers in our own fully-autonomous cars. While we work, these vehicles may leverage their secure SSIs to earn extra money for us by working as an autonomous, on-demand taxi and delivery service. Whenever it needs a charge, the vehicle will just roll up to a charging station, authenticate and pay, and a robotic arm will hook it up to the charger. It will be waiting to pick us up after work and take us home, where the charging station in our driveway has been selling the energy that our solar panels generated throughout the day to other connected machines, e-bikes and drones.