What dApps can you build on peaq today? 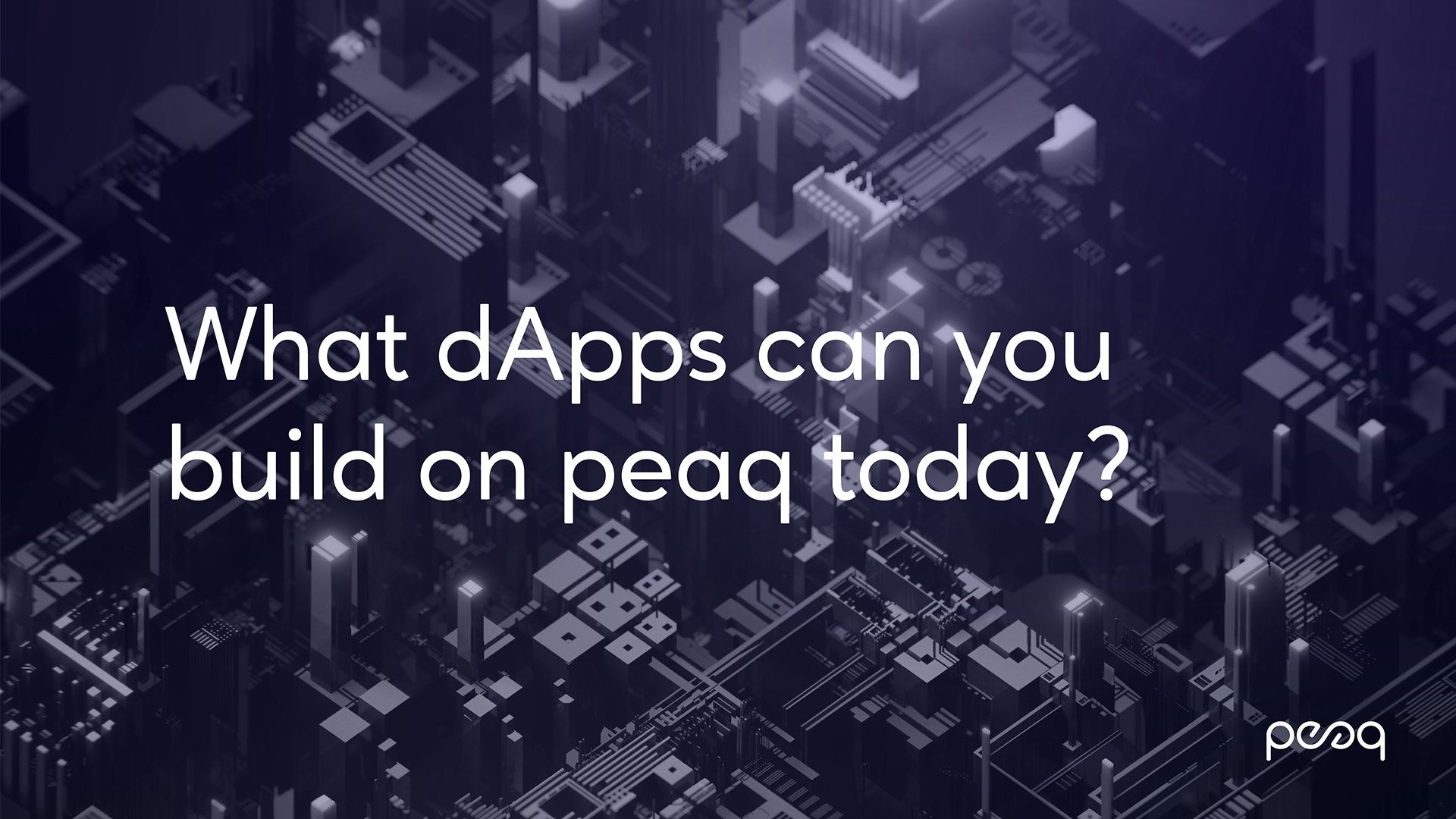 While it is certainly tempting for us to dream of the community building dApps for interplanetary travel, space tourism or asteroid mining, it would go against our pragmatic nature (a tad). Space is, alas, the final frontier. So we’re focusing more on enabling what’s possible today.

It’s worth noting that there are so many dApps possible today that this post will not do the peaq network justice, but this article can serve as initial input and inspiration for the first builders of applications for a new machine economy.

To understand what dApps can be built on peaq’s Web3 infrastructure today instead of Big Tech’s centralised infrastructure, look no further than the App Store / Play Store. What apps exist which involve machines, vehicles, robots and devices? Bingo. Those are dApps that you can be confident that you can already start to develop on the peaq network.

Just type in ‘taxi’ for example. There are tonnes of taxi apps built on Web2 infrastructure, serving different regions, demographics and offering different kinds of services and revenue models.

It’s time for dApps built on Web3 infrastructure to take over. Apps built by the community, for the community — which respect people’s data, function on a peer-to-peer basis with no unnecessary intermediaries, and allow people and machines to own and control their digital identities.

What machines can do on land is by no means limited to mobility. We foresee a future in which robots will run entire cafes, restaurants and supermarkets, devices look after our health, homes, and harvests, and self-owning machines farm and trade renewable energy.

All of this can be built on peaq, but for now, we’ve streamlined our focus to mobility on land as this is one of the key areas where the machine economy has already taken root, albeit on Web2 infrastructure. It’s also an area with enormous potential for positive impact.

Here are four types of game-changing dApps that can be built for vehicles, such as cars, trucks, scooters and bikes, anywhere in the world;

peaq provides the Web3 infrastructure for people to develop dApps for machines, vehicles, robots and devices.

You can read more about why it makes sense to build on peaq here.

And check out our open source functions for machines, including Self-Sovereign Machine Identity, here.

Why build a dApp on peaq’s Web3 infrastructure instead of the status quo, you ask? This step by step example should shed some light on what the next generation of application for machines will look like.

Everyone’s incentives are aligned. Everyone has a say in how the dApps and machines in their community are run. Quality of service improves while everyone profits. This is the Machine Economy peaq is enabling.

While traditional middlemen, brokers and agencies get squeezed by the rise of the Web3 machine economy, certain people and companies will benefit massively, such as creators and manufacturers. Companies (which may one day choose to become DAOs, or be acquired by DAOs), which create, engineer and manufacture machines are an integral part of the past, current and future machine economy.

The machine economy is already here. Entrepreneurs, builders and developers — it is up to you to decide if we want apps for machines to run on Web2 or Web3 infrastructure.

If you’ve got a burning for a Machine dApp and you’d like to get support and/or funding, or you represent an SME or enterprise which manufacturers machines/hardware, you can now join the peaq ecosystem, here.