Why the Machine Economy must be built on Web3 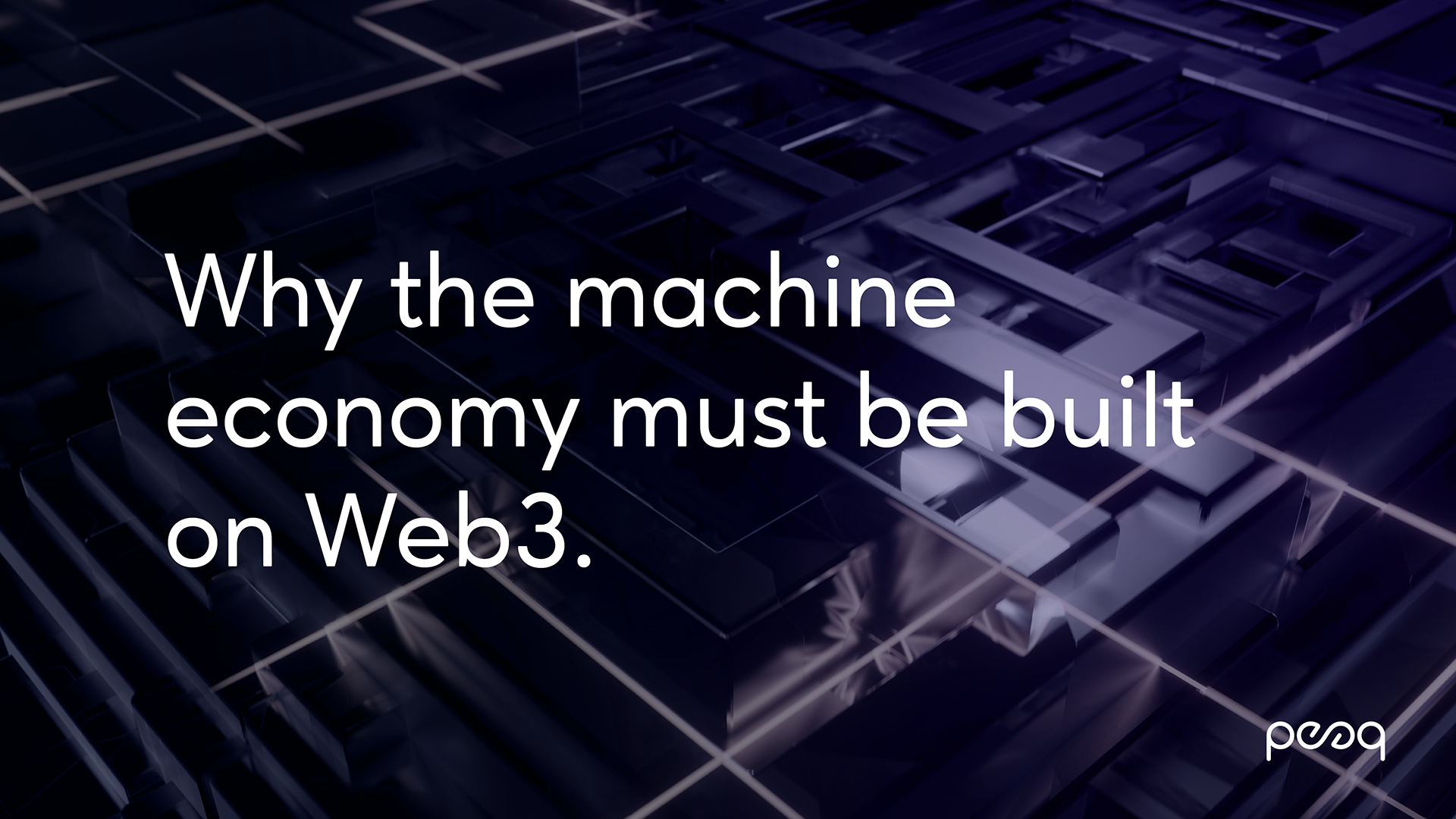 Deus ex-machina is Latin for ‘god from the machine’. It originated as a plot device in Ancient Greek theater. The hero would find themselves trapped, facing certain death, only to be saved at the very last moment by the gods. The gods would be lowered to the stage with the help of a machine, hence, god from the machine. The plot device has been used ever since.

Today, deus ex-machina is taking on a new meaning. Ernest Becker wrote in his 1974 Pulitzer Prize winning book, ‘The Denial of Death’, that ‘humans are gods with anuses’. What he meant by this was that despite our transcendent hopes, dreams and aspirations, we are biological mortals. We are gods made from flesh and bone, limited by flesh and bone. This may be true of us, but it is not true of our creations, our machines.

With tools, humans created machines. And with those machines we created more machines. Now, our machines are ‘smart’. They are artificially intelligent. Soon, they will be smarter than we are. We are on a path to creating gods from machines. The train has left the station and it’s not coming back. What exactly this means for humanity is unknown, but we do know that there are stops along the way, chances to guide the trajectory. Web3 is our first and arguably most important chance.

We know what the graph looks like. We know it’s a question of ‘when’ not ‘if’.

The age of automation is here. We’re transitioning from an age where humans did all the work to an age where machines do all the work — and more. Machines can create more value than humans, in more ways, more efficiently, and will also create value for one another. The pie is getting bigger — but it is also changing hands, from flesh to steel.

How many jobs have machines already taken? How many of jobs will machines be doing by 2030?

By recent estimates, anything from 5% to 35% of jobs per country are on course to be automated. To be clear, machines automating certain tasks and roles is not in itself a bad thing. Many of these tasks are of the repetitive, mundane sort that the people doing them would happily stop doing if it didn’t mean they’d be left with no income. The unemployment spikes resulting from overnight mass automation will cause problems, but there is a bigger issue; ownership.

Who will own these increasingly intelligent machines? The 1% or the 100%? The decisions we take now will mould humanity, earth, and even our solar system.

Perhaps humanity needs a deus ex-machina moment of its own. Perhaps we’ve already got one; in Satoshi Nakamoto. The unknown creator of Bitcoin. Bitcoin is hope, hope that we can do things differently. The Web3 revolution, from blockchain to DeFi to NFTs, all stems from Bitcoin. Indeed, everything you read where Web3 is concerned is rooted in Bitcoin, a peer-to-peer, decentralized, electronic cash system.

Web3 is our chance to change this trajectory. Smart machines are here and they are getting smarter. Web3 makes it possible to distribute ownership of these machines and the systems and infrastructure they run on. Web3 is the toolbox we need to build a machine economy that works for all people and machines. And so, there you have it, that’s peaq’s vision. That’s what we’re building towards.

A decentralized machine economy that works for the world.