Why we chose to build on Polkadot 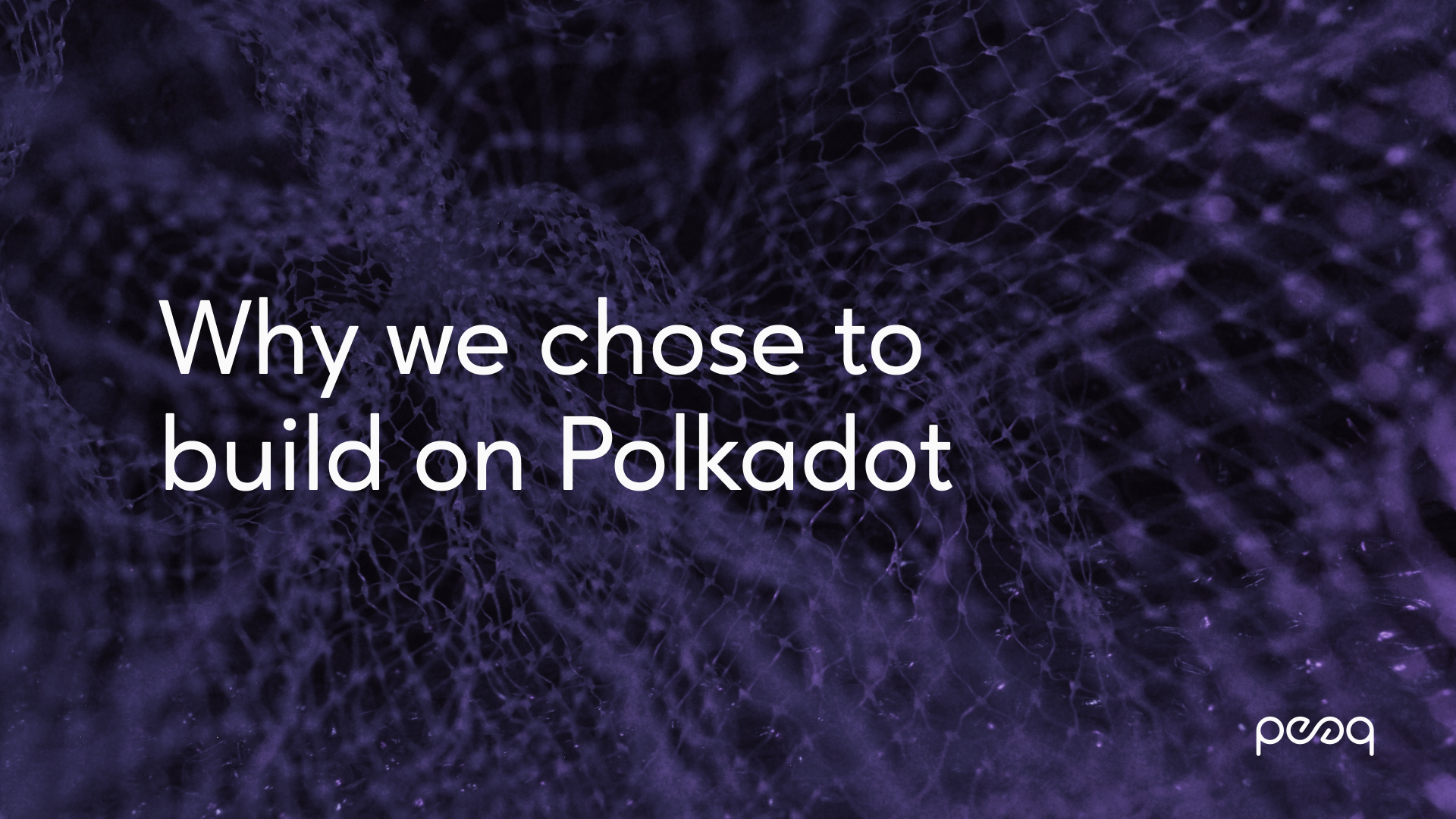 With thousands of active blockchain networks in the crypto sphere, it can be a challenge to choose where to set up shop. Not for us. Here’s why we chose to build the Economy of Things on Polkadot.
‍

A peek at Polkadot

Polkadot is a blockchain of blockchains. We see it as a critical layer of security and interoperability on top of which we can build the Economy of Things. In the early stages, a solid pointer for us to consider engaging with the Polkadot ecosystem was Dr. Gavin Wood, co-founder of Polkadot and former co-founder and CTO of Ethereum.

The Polkadot Lightpaper served as a starting point to learn about the advantages that building in the Polkadot ecosystem offered. Fittingly, the paper begins with the opening words “Polkadot empowers the individual against much more powerful corporate and state actors”. Such words are well-aligned with our mission “to build a decentralized Economy of Things that works for the world.”
‍

Advantages of the Polkadot ecosystem

‍
Polkadot is as much about the ecosystem around it as it is the network itself. When diving into the reasons we chose Polkadot, we’ll highlight advantages of the network as well as the ecosystem.

Polkadot is designed around the multi-chain idea for Web3, as opposed to a maximalist - ‘one chain to rule them all’ - approach. This resonates deeply with us.

Polkadot consists of a Relay Chain at the center and numerous Parachains - specific blockchains running in parallel to one another. You can think of it as a bicycle wheel with a central hub with lots of spokes attached to it. This ecosystem then allows many blockchains doing their one specific thing to work together. This is in contrast to legacy blockchains like Ethereum that try to do everything at once. peaq aims to become one of these parachains.

Because of its purposely designed architecture, Polkadot allows for seamless interoperability between all kinds of Web3 projects, made possible by Cross-Chain Messaging or XCM. This will allow for additional traction and liquidity to come to peaq while peaq brings millions of machines and their associated liquidity to Polkadot.

In terms of security, Polkadot provides a shared security structure in which a network of thousands of validator nodes compete to maintain network security and integrity. Hundreds of validators are active at any given time and are automatically selected based on performance. In this way, peaq can effectively outsource security to the Polkadot network.

By itself, Polkadot is not a smart contract platform, but rather a Layer 0 blockchain that creates an ecosystem for other blockchains. Our vision is no small feat and we require scalability to bring it to fruition. Polkadot allows for many blockchains to simultaneously transact with one another, removing bottlenecks associated with earlier networks that processed transactions one after the other.

As we build out our network it will be necessary to make changes for the benefit of our community. In the past these sorts of changes would be implemented via a hardfork, which often led to contentious debates and community splitting. Polkadot has enacted forkless upgrades which are voted on and resolved through on-chain governance. This allows peaq to keep pace with the rate of technological change.

Polkadot uses an on-chain mechanism made up of three parts: Council, Technical Committee, and the Community. The three branches offer proposals for the referendum chamber to vote. Proposals are then chosen, and votes are tallied every 28 days.

peaq is designed and built for the Economy of Things, which will exist as a community-governed ecosystem for all stakeholders. The Polkadot ecosystem helps define the parameters of this community via its built-in token-based governance. Amongst other things, holders of the $DOT token are able to vote on protocol changes as well as existing proposals. It’s important to us that peaq is built on a network that values transparent governance.

Decentralized crowd loans are how new projects, like peaq, gather the support required to join the Polkadot network via a Parachain slot. Holders of the DOT token can “loan” their tokens. These will be locked for a period of 96 weeks. Anyone can contribute to the crowd loan. Ultimately, this puts the power into the hands of the peaq community.

Cross-chain composability means users with decentralized holdings can use them as collateral to get involved with dApps, across all networks. The brilliance of Polkadot is in its Layer 0 approach, which works as a hub to connect numerous blockchains together, allowing for seamless value exchange.

The Polkadot community is built on the idea that the future is multi-chain. This is in stark contrast to some other communities that take a more maximalist approach. This ethos creates fertile ground for collaboration within the Polkadot ecosystem and beyond it. On top of this, Polkadot has the largest active developer ecosystem outside Ethereum, with almost three times more weekly commits than the next largest ecosystem.

The Polkadot SDK is called Substrate. Modular by nature -  it allows companies to build specific components known as pallets that allow new functionality to be introduced to the blockchain. Substrate is a framework that allows developers to develop entire blockchain applications with ease. This is accomplished by bundling core essentials such as the networking protocol, consensus layer, Wasm interpreter, and runtime modules (called pallets). Cumulus, an extension to Substrate, allows any Substrate built chain to connect to Polkadot and become a parachain.

Programs such as Parity’s Substrate Builders Program and the Web3 Foundations’s Grants enable projects like peaq to supercharge progress, while remaining abreast with key developments in the Polkadot ecosystem.

Last, but certainly not least, Polkadot is the greenest network in Web3. For a network focused on enabling the future of connected mobility, as well as many other connected industries, this is an important point. peaq will have a large impact in tackling the climate crisis by enabling these new industries to emerge - its imperative that the blockchain we choose to build on is not offsetting the progress we inspire. With Polkadot’s Nominated Proof of Stake (NPoS) consensus mechanism, yearly energy consumption is around one gigawatt-hour—tiny compared to Bitcoin's.