Welcome to the peaq network 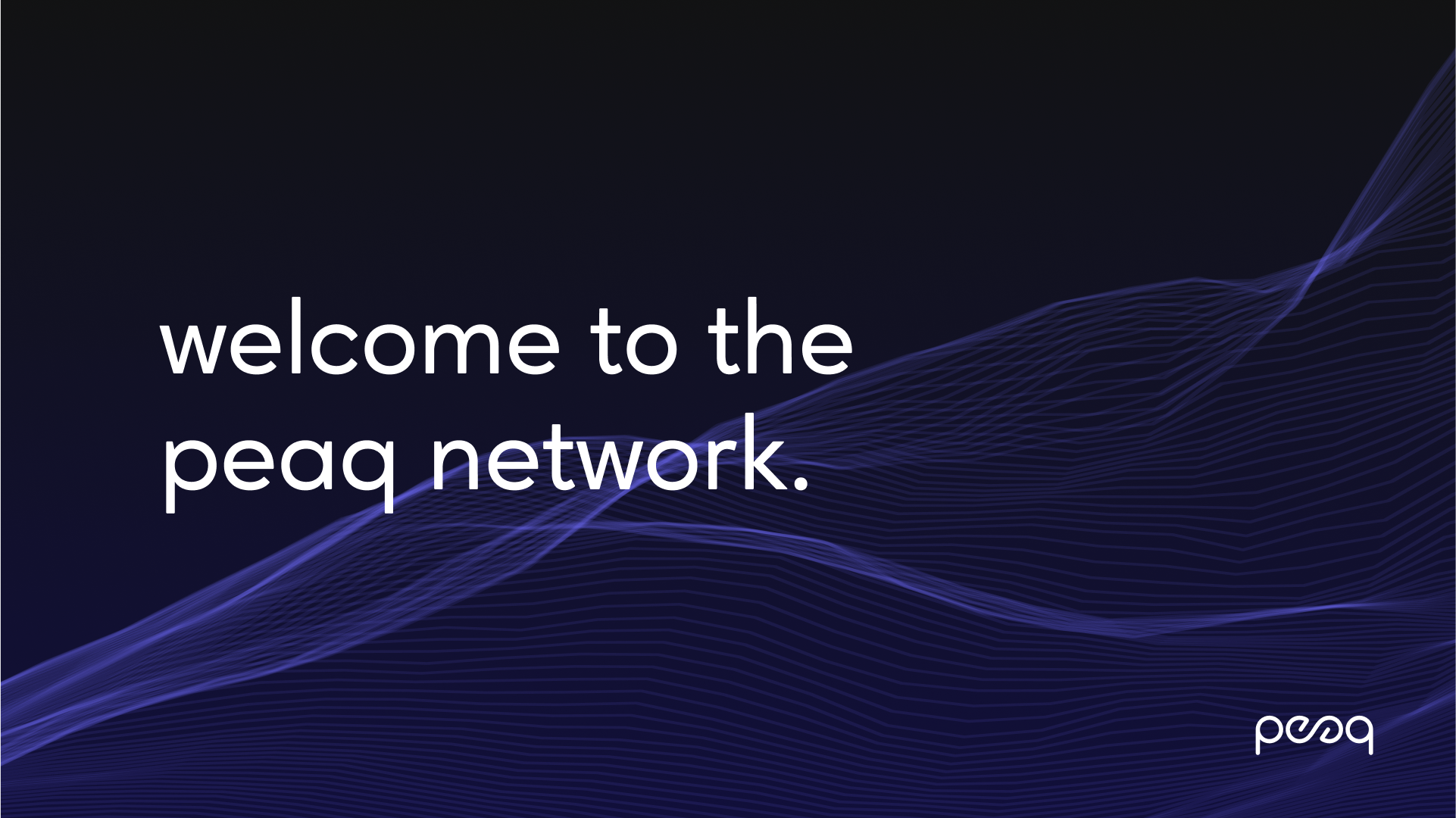 What is the Internet of Things?

The Internet of Things is the internet as you know and use it — to connect and exchange information — but for things — machines, vehicles and devices. We’ll refer to things collectively as machines. Connected machines save us time and energy by automating processes in life and business and allowing for certain tasks to be done faster and better than we humans ever could. The number of connected machines is forecast to almost triple from roughly 9 billion in 2020 to over 25 billion by 2030.

How does Web2 limit the Internet of Things?

Machines currently exist on Web2 platforms created, governed and powered by corporations. These machines, the services they provide and the value they generate exist in ‘walled gardens’ — only accessible via the same siloed, corporate controlled platforms. This means that for any machine to provide or render any goods or services they must rely on corporate intermediaries, and this extra step has negative consequences for privacy, security, efficiency, availability, functionality and costs.

Web3 combines the decentralized, community-governed ethos of Web1 with the modern, advanced functionality of Web2. In Web3, users and builders can build and own pieces of the digital world using tokens, both fungible and non-fungible (NFTs). Tokens give users the ability to verifiably prove ownership of digital assets for the first time.

NFTs give users the ability to own objects, such as art, music, text, governance rights, access passes, and in peaq’s case — machines.

The Web2-based Internet of Things enables machines to save us time and energy by fulfilling tasks better than humans ever could. Web3 will radically expand the scope of what machines can do.

Have there been attempts to put the IoT on Web3?

Attempts to shift the Internet of Things from Web2 to Web3 have so far focused primarily on adding a transaction layer (cryptocurrency) for machines. That’s all well and good, but it’s a prime example of skeuomorphic design— recreating what already exists using new tools, instead of using new tools to create a better reality.

For the shift to Web3 to be both successful and truly worthwhile, we should leverage the most important aspect of Web3 — ownership — to align the incentives of all machine economy stakeholders. Past attempts have negated this, and this has led to;

peaq’s mission is to transform the Web2-based Internet of Things into the Web3-based Economy of Things. We’re building an entirely new machine economy from the ground up. One which enables people to extract maximum value and opportunity from machines with minimal risk and waste. In doing so, we aim to unlock and democratize the full potential of machines, vehicles and devices as enablers and providers.

How does peaq aim to create a decentralized and self-sustaining Economy of Things? How are we different from other projects in this space? In many ways — but the most important one is the way peaq leverages the full potential of the Web3, using tokens not just for transactions within the Economy of Things, but for ownership of machines too.

peaq is introducing the concept of Machine NFTs to become the first network to align the incentives of all machine economy stakeholders, while creating an infinite loop of value creation on the peaq network.

Machines use decentralized apps (dApps) on the peaq network to provide and render services to people and generate revenues. machines then leverage DeFi mechanisms to maximise returns for themselves and stakeholders. The peaq network also leverages DeFi to finance new machines and enable p2p transactions.

Machine NFTs representing ownership of machines in the physical world and the value they generate represents the most cutting edge feature of the peaq token. peaq tokens are needed in order to mint Machine NFTs. The peaq token will also be used for value exchange and network functionality.

What we’ve done so far

peaq has been up and running since 2017/8 in the form of peaq enterprise. We went through a long research phase to understand layer one DLTs for the machine economy, how best to financially align the incentives of network stakeholders, which solutions and use-cases make sense to pursue in the short, medium and long term to give the network and economy the best chance of success.

Our approach has always been a pragmatic one. We chose to double down on value creation for the Web3 machine economy before creating a means to exchange that value (a token). To this end, peaq enterprise has developed a comprehensive tech stack for the creation of dApps and solutions on the peaq network.

peaq enterprise is leading the charge on one of the most ambitious and advanced decentralized solutions for mobility, decentralized charging and has also built solutions with Fortune 100 companies such as NTT to bring more machines to the network.

peaq enterprise has also put together a strong network of partners, associations, advisors and sales pipeline, which peaq network will benefit from. Find out more about peaq enterprises efforts to ensure peaq has the best possible chances of fulfilling its mission:

Next steps for the peaq network