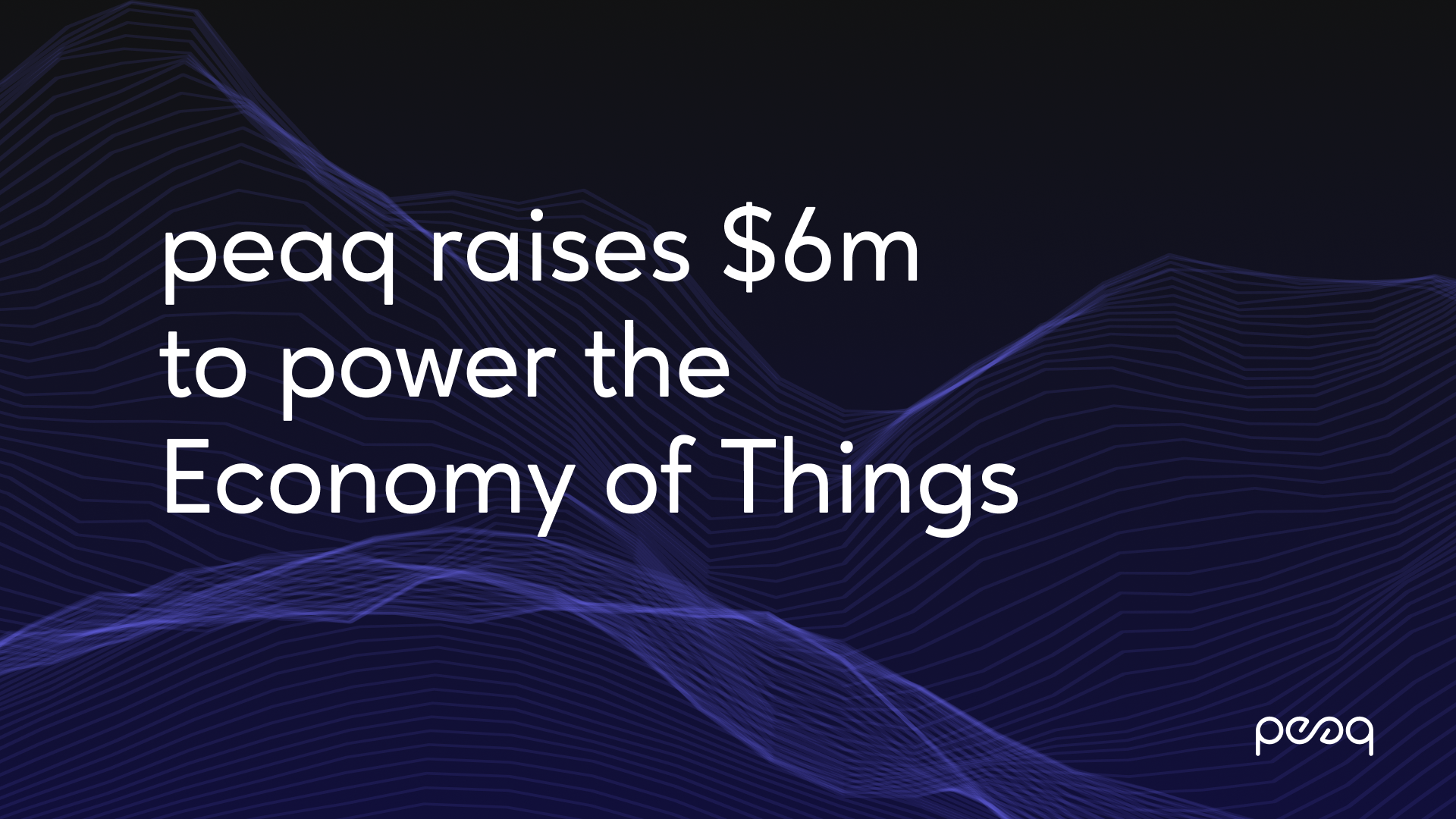 peaq has raised a $6m funding round, led by Fundamental Labs. The funding will support the ongoing expansion of the peaq network, which empowers individuals and organizations to build, govern, and earn from dApps (decentralized applications) for vehicles, robots, and devices.

dApps that can be built on peaq include vehicle sharing, charging and parking, with the core difference being that they can be built on an open, decentralized network adhering to Web3 incentive models, and not Big Tech. In providing the peaq network as a neutral backbone for people to build dApps for machines, peaq aims to solve the societal and economic challenges associated with machine-related job automation, and ensure that anyone can benefit from machines providing goods and services to people and other machines – no matter how intelligent they become.

“peaq has created a unique, open, and collaborative model of economic incentives that enables a diverse ecosystem of stakeholders to benefit from advancements in automation, via Machine DeFi and Machine NFTs. peaq provides a vital mechanism as we step closer to fulfilling the vision underpinning Web3. As the infrastructure of the next iteration of the Internet of Things blossoms, and as the benefits of blockchain technology in everyday life become clearer, the need for peaq’s machine-centric network becomes more and more apparent.”

We have raised the funding to further expand the peaq network and ensure it is the driving force of a new, sustainable machine economy that enables people and machines to work better together. The funds will primarily be used to grow our stellar development team, with portions also set aside to roll out new products and features to the peaq ecosystem, and to increase awareness around the project in the run up to peaq’s bid for Polkadot parachain. peaq’s layer-1 blockchain is built with Substrate, making it natively compatible with Polkadot. To achieve seamless cross-chain interoperability with the rest of the Polkadot ecosystem, peaq will be running for Polkadot parachain. peaq provides identity, access, and payment capabilities as core functions for developers designing dApps for the EoT. In addition to receiving investment from Fundamental Labs, HashKey, Delta VC, and GSR, peaq has attracted investment from Mulana, Cypher Capital, GravityX, Waterdrip, Ceras Ventures, Masterventures, Moonrock Capital and Wami Capital.

peaq ensures that people retain profit, ownership and governance rights over the machine economy now, and in the autonomous age by giving anyone the ability to build, govern, own and earn from Machine dApps, and the infrastructure dApps run on - the peaq network. On peaq,  machines which currently exist in the corporate controlled Internet of Things (IoT) can unleash their full potential in the decentralized Economy of Things (EoT). Machines in the EoT get Self-Sovereign Machine Identities (SSMIs), which essentially serve as passports for vehicles, robots and devices, and the basis for any machine to interact and transact with one another and people on a peer-to-peer basis.

“Today’s funding milestone allows us to continue to strengthen and diversify peaq’s offering as the network that powers a fully decentralized machine economy. The enablement of wealth creation in the Economy of Things (EoT) based on aligned economic incentives, shared ownership, universal accessibility, and peer-to-peer offering of goods and services is an absolute necessity as the world moves forward with Web3 adoption and as our reliance on AI increases.”

- Till Wendler, Co-founder of peaq